Updating the design of the advertio app — Diana’s experience 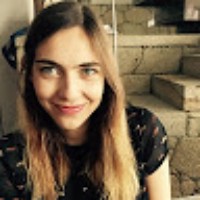 At advertio, we have always known the importance of good design for our app’s success and that’s why we are constantly working on improving and updating our UI. Over the last year, design has played an even bigger role in our workflow because we’ve been adding new features and making a few changes to our app.

In March we welcomed a new designer to the team and she has since had the challenge of refreshing the design and flow of our app. After almost two months, we decided that this would be a good time to ask Diana how the process has gone so far and how she has been affected by the fact that she had just a few weeks in the office before we all had to work from home.

#Why design and why advertio

When asked why she chose to be a designer, Diana says that she always liked creative activities such as drawing and painting. However, when time came for her to go to University she wasn’t really sure about what path to take, so her parents advised her to choose something to do with Informatics Engineering, which she did. After graduating, she felt she didn’t really connect with that area and decided instead to do a Master’s in design and multimedia.

As to why she decided to move to Lisbon and work at advertio, she says:
“I’ve always lived in Coimbra and it was only when I went on Erasmus that I realised how different it is to live in a city as compared to just visiting it. This quest for different places and getting out of my comfort zone got under my skin, as I went on to live in Belgium and Croatia. I then decided that it was time to settle down for a while in my own country, in one of the cities that has always fascinated me due to its energy and opportunities — Lisbon. When the time came to look for a job, I imagined a company with a laidback environment where I could grow and develop my designer skills and advertio gathered all of those.”

As for how it’s been working out at advertio so far and getting to know the team, especially with having to work from home, Diana said that remote work always seemed the ideal option as she would have more freedom and control over her work and wouldn’t waste time on public transport. However, her opinion has changed since because she actually loved being in the office with the team in her first few weeks (when we were still allowed to leave our homes and mingle).

#The challenges and perks of redesigning advertio’s app

Redesigning something is never the same as doing it from scratch and, according to Diana, there are actually good and bad sides both to redesigning and to starting fresh.

On the one hand, having to update an existing design can be a tough process because sometimes it is better to start with a blank canvas, without any previously established restrictions. At the same time, she also thinks that having another designer’s work as a base can be a positive thing because their decisions were already studied, making it easier to understand what works best and what doesn’t in each scenario, and also acting as a complement to our own search for the best possible solution.

When it comes to the main challenges she has faced so far and what has given her the most pleasure to do, Diana said:
“The biggest challenge is actually what I’ve been loving the most: transforming a complex thing into a feature that allows for a user experience that’s not only pleasant but also simple and effective.”

👉 You can check out Diana’s work on app.advertio.com and if you have any design-related questions, let us know! We’d be happy to answer them.

Get started Book a demo

Check out our blog posts

To celebrate my second anniversary at Advertio, I decided to write about why this is a team worth joining.

João Bogalho joined us as a QA Manager late last year. So far, he’s been doing a great job in making sure our app follows all relevant and applicable quality guidelines and standards.